The new shopping mall in Schwaz, called Stadt­galerien, located in the city centre and along the river Inn, includes also the new Civic Hall (SZentrum). 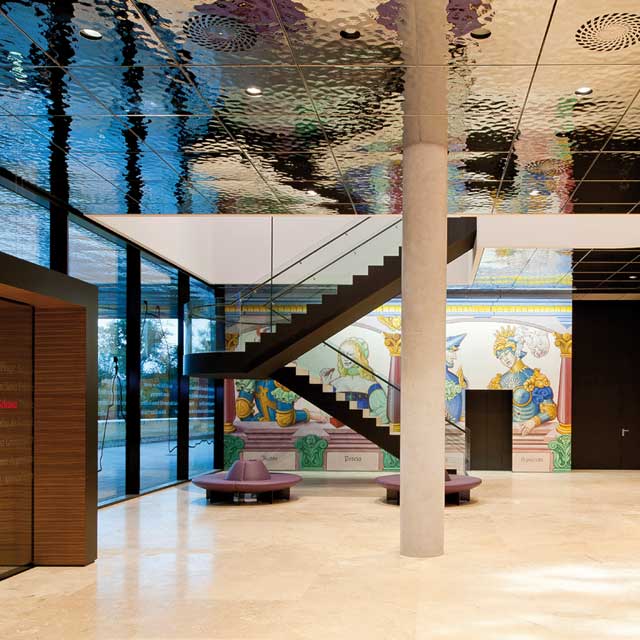 For the soffits of the new Civic Hall and also for the ceiling of its reception area "Meistersinger Foyer" Product Line EXYD-M was chosen. 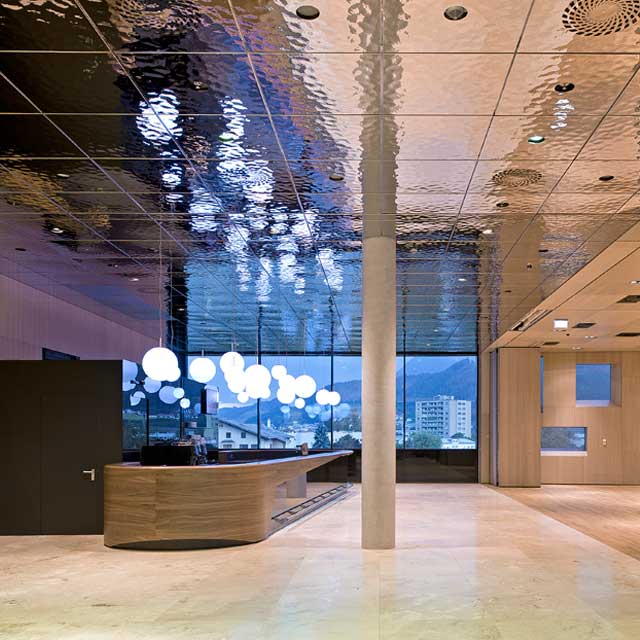 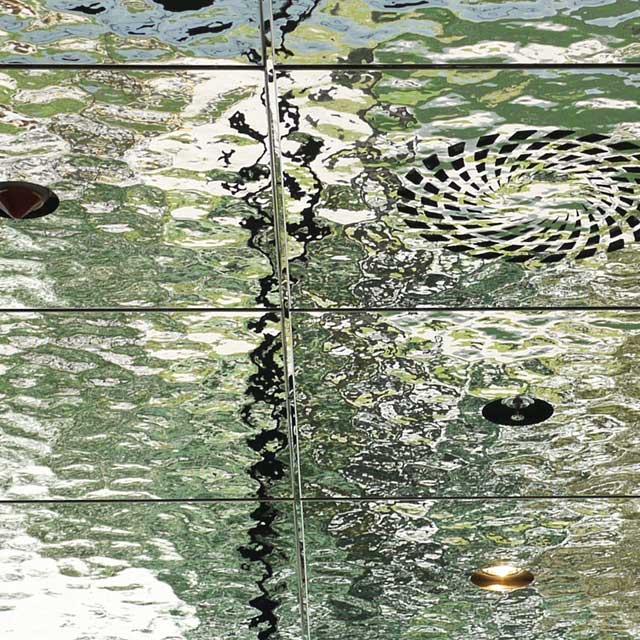 EXYD produced the surface of around 1,000 ceiling panels – each panel was embossed in an unique way.

The raw material was provided by Inox-Color. The ceiling system was delivered by Eder Blechbau, known for its elaborated facades and interior constructions. 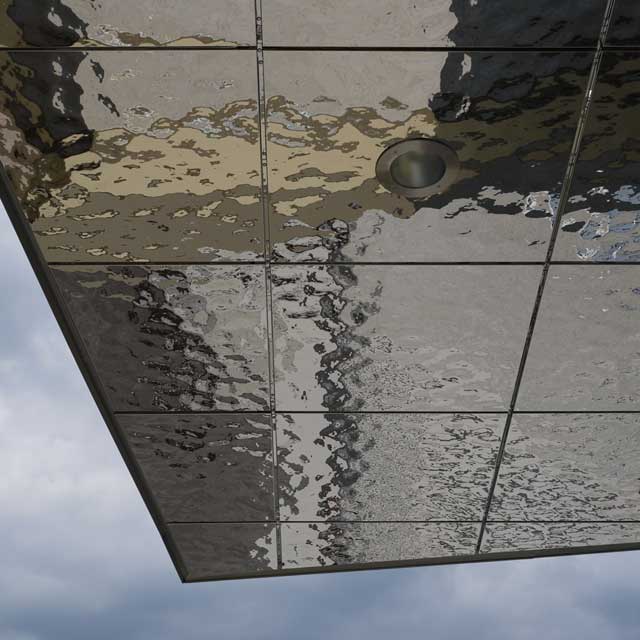 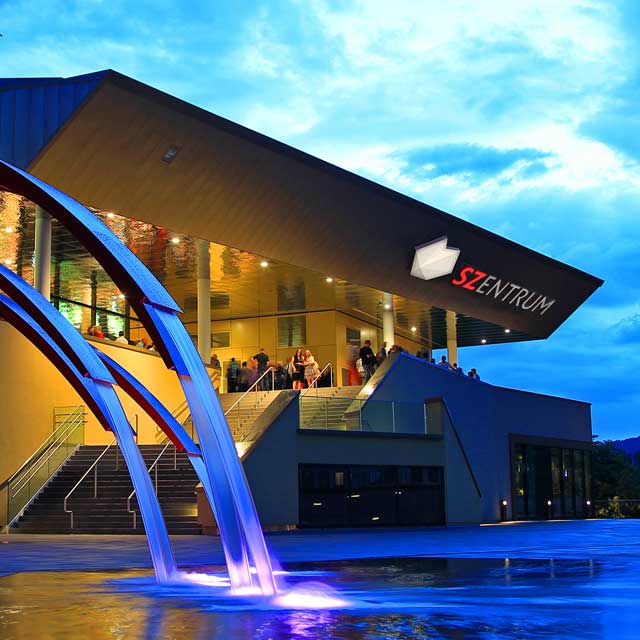