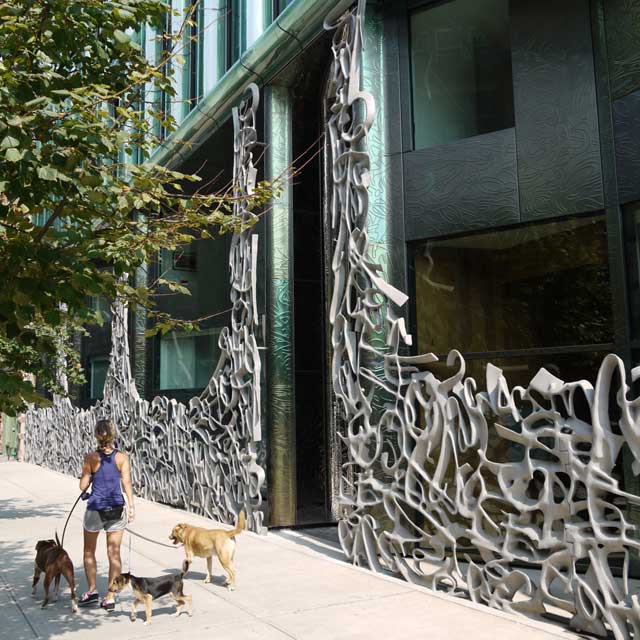 In front of the building is a three-dimensional gate, made out of cast aluminum, 127 ft long and between 8 and 23 ft high. 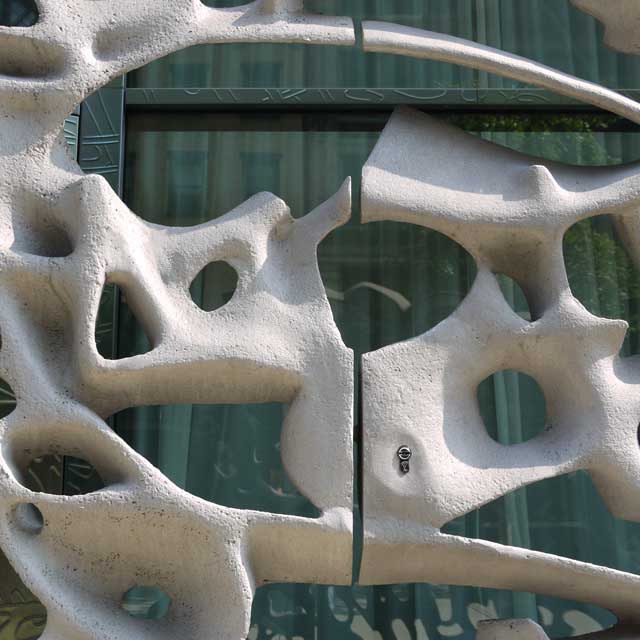 The shape of the gate is made up of four basic modules which are fitted seamlessly together in varying combinations.

Founder of EXYD Detlef Schobert, working under the supervision of the architects, developed the modules from supplied outlines of graffiti, fused them together and constructed the numerical model of the sculptural Gate. 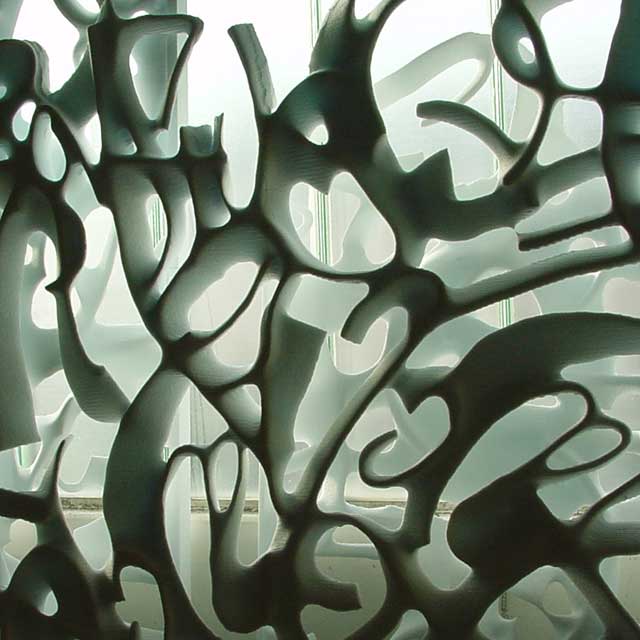 Progress was checked from time to time with expanded polystyrene molds (Munderich). 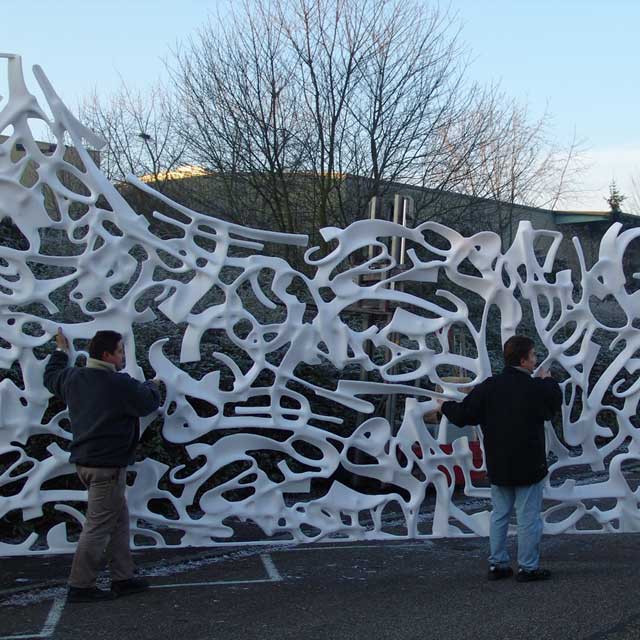 Image above shows a preform shortly before dispatch to the US (December 2005). 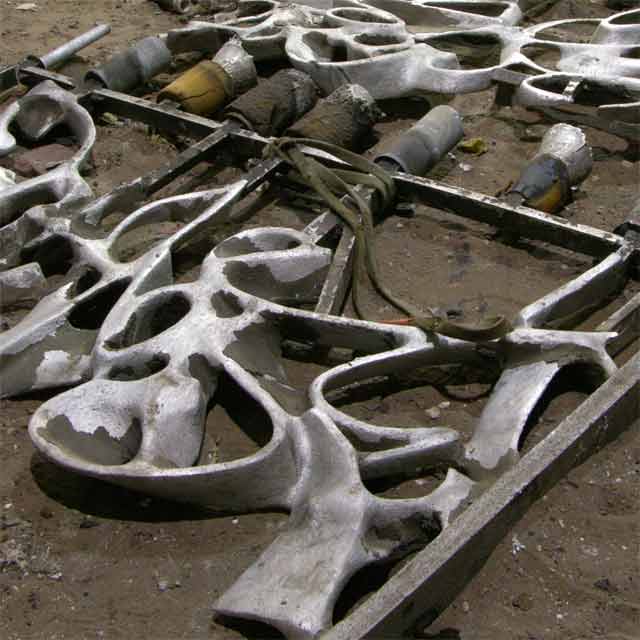 The illustration above shows the casting of a segment of the Gate in autumn 2006 (aluminum casting, foundry Polich Tallix with Bo Gehring, structural analysis DeSimone).

Above and below: installation of the Gate, June 2007 (photos above Curbed and photo below Bo Gehring).