DC Tower 1 is the tallest skyscraper in Austria; it houses offices, lofts and the Hotel Meliá Vienna, which opened in February 2014. 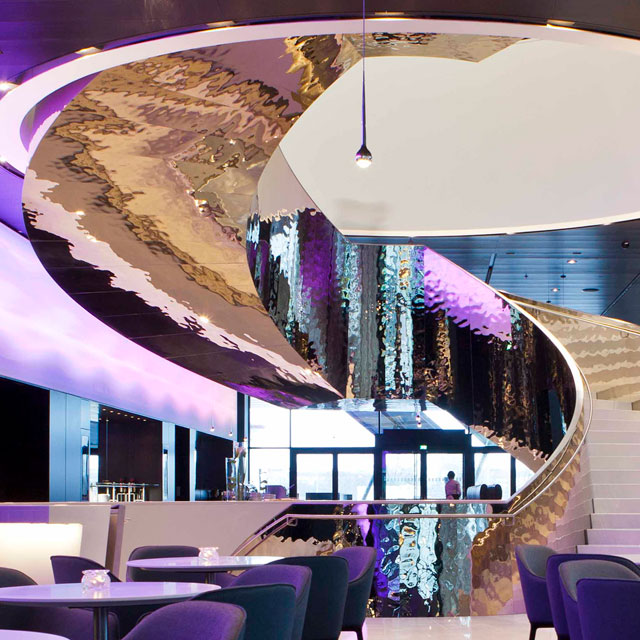 Product Line EXYD-M was used for the cladding of the self-supporting spiral stair, which connects entrance hall, restaurant and ball rooms. 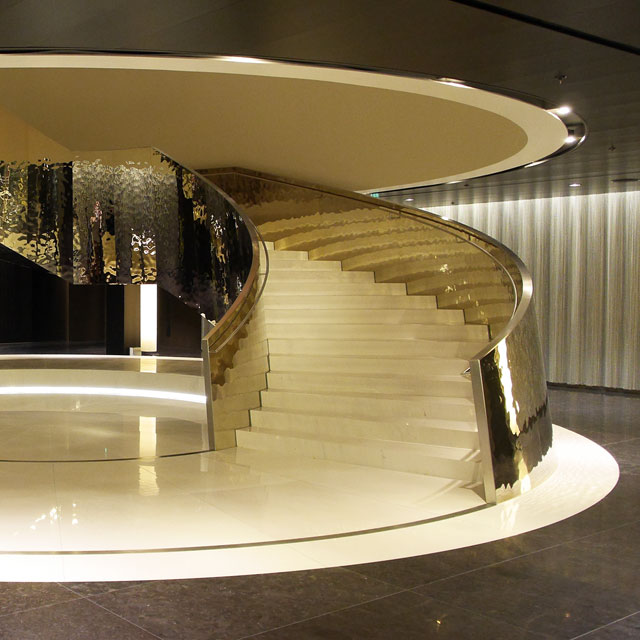 The winding staircase was built by the engineering and steelwork company SFL. Photo above: Walter J. Sieberer. 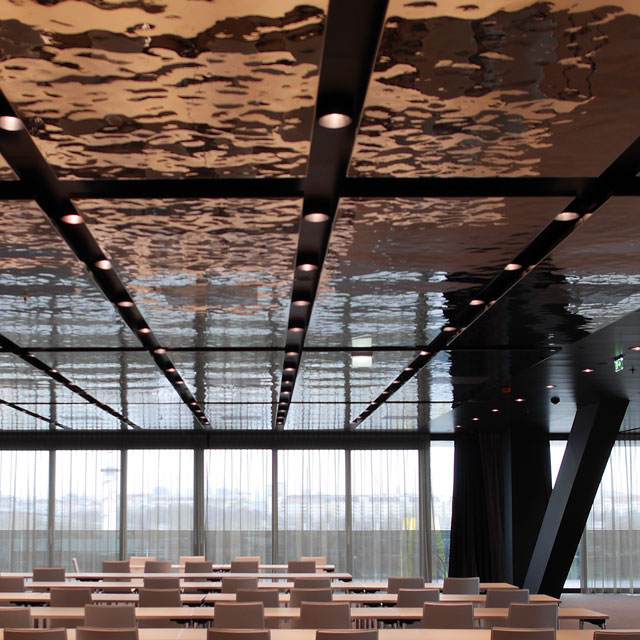 EXYD produced also EXYD-M for the ceiling panels of the ballrooms of Meliá Vienna. The ceiling system was provided by KAMPER from Southern Styria. 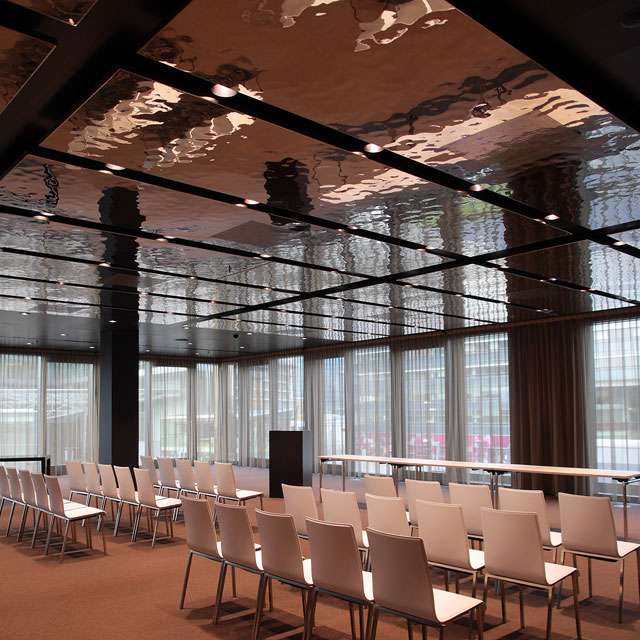 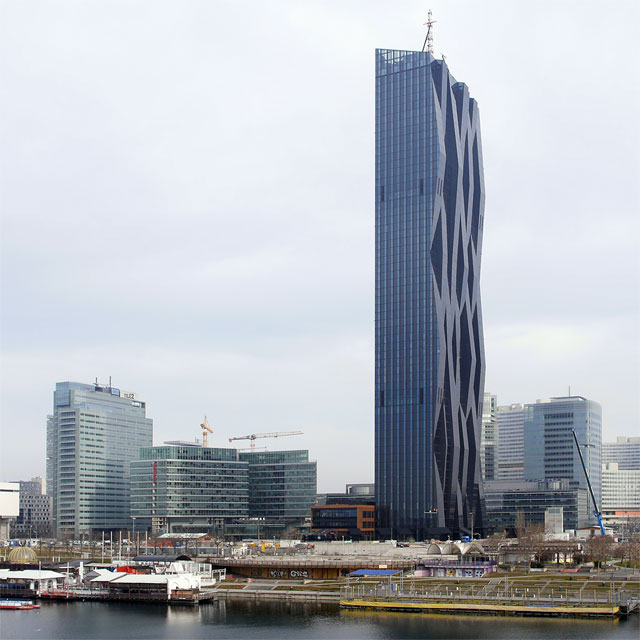