In 2009 in the heart of Stockholm, between the central station and the city hall, a new building opened – the Waterfront Building. 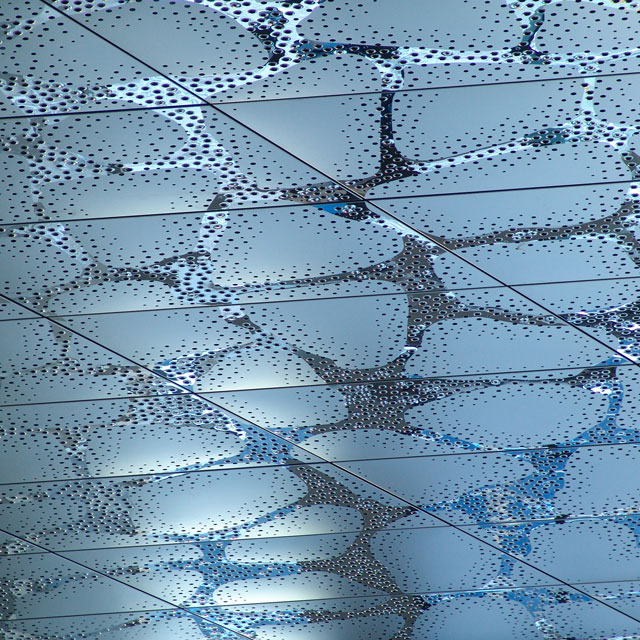 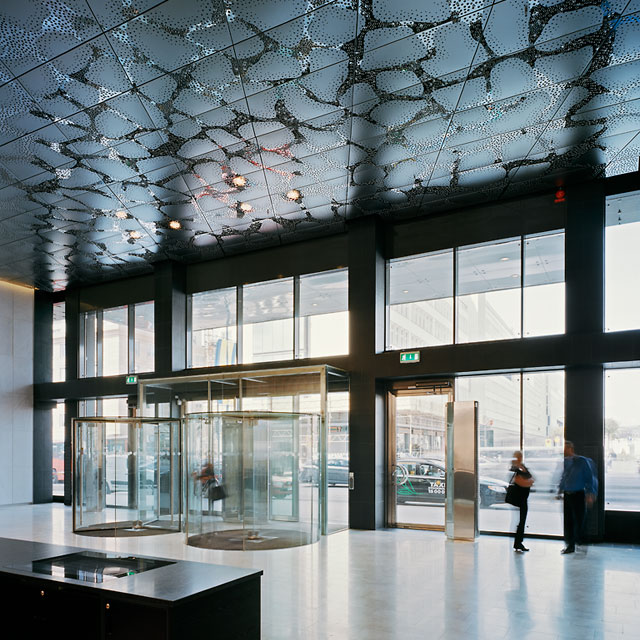 The designed stain­less steel ceiling is bordered by walls, made out of copper, glass and marble. Photo below Michael Perlmutter. 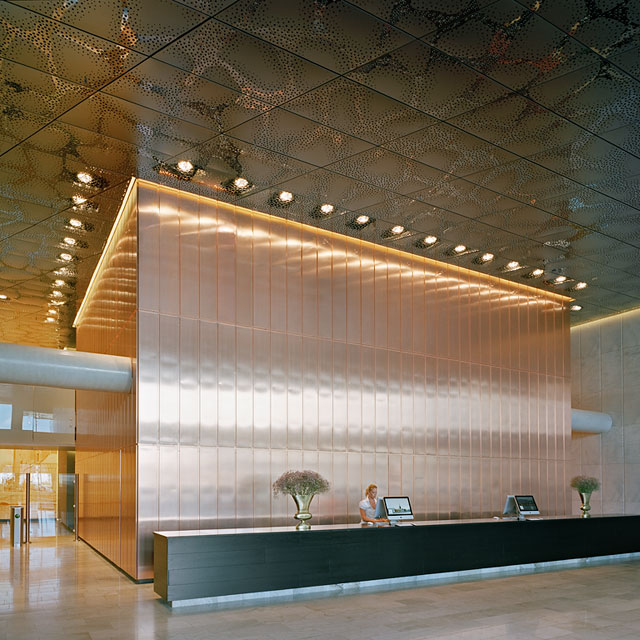 EXYD developed the surface design for the ceiling based on the crackled effect on the surface of a half-frozen lake (below left) and produced the panels (Product Line EXYD-F with pattern perforation). 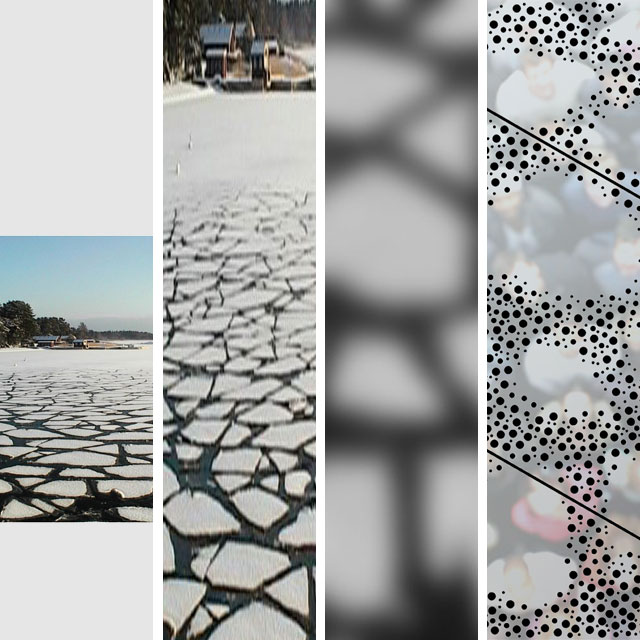 The chromium-nickel stainless steel was polished by Inox-Color. The ceiling panels were fitted by the Swedish locally based company Interoc. The ceiling substructure was provided by Lindner (hook-on system LMD-E 213). 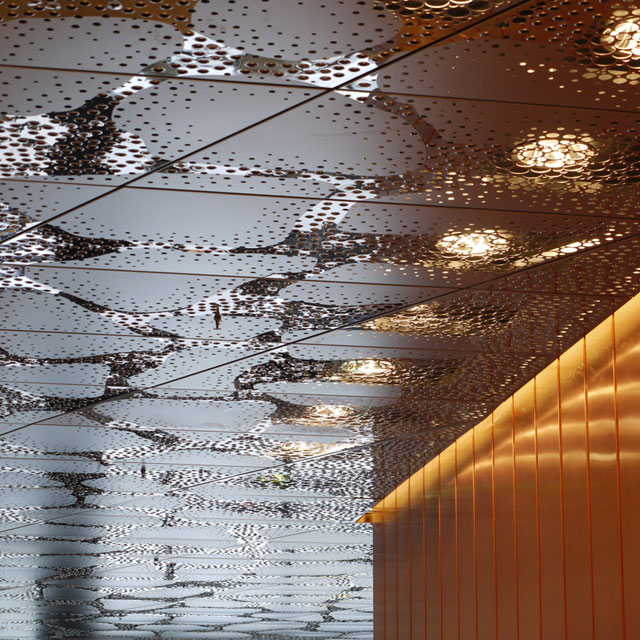 EXYD focuses on surfaces – the products can be adapted for use with existing ceiling and wall systems. Product Line EXYD-F is available among others also as fully integrated component of the ceiling program "Lindner Lunar – Living Ceilings".